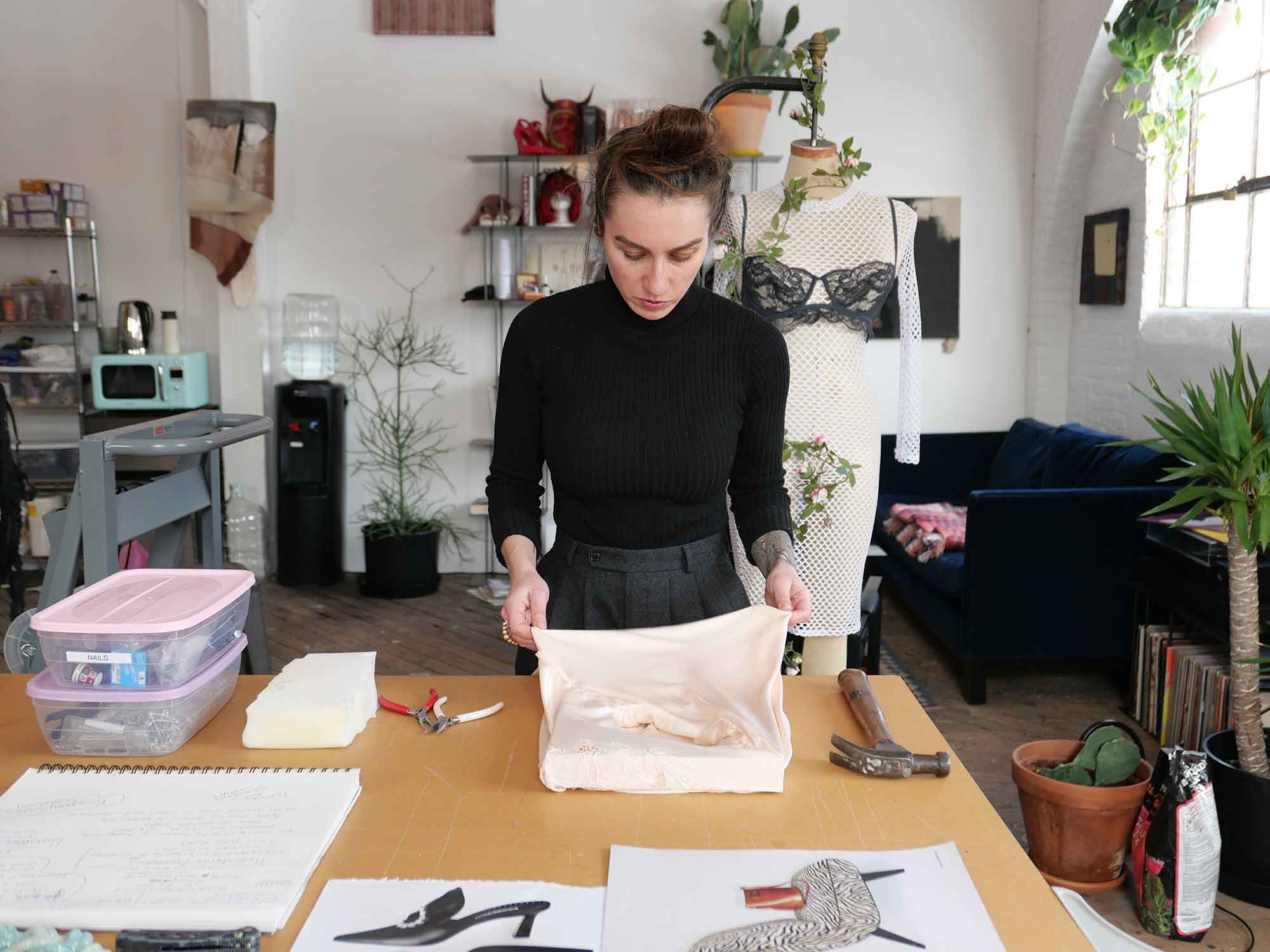 We’ve organized, archived and cataloged most of the fibers paintings from the past eight years or so. I started writing about them, and then got tangled in the layers of meaning they have to me. I made a list other ways to define a painting.

A sign
A commodity
A set of parameters
A document
A problem
A solution
An example
A thing
A communication
An archive
An iteration
A visualization
An interpretation
A schematic
A microcosm
A representation
An analogy
An allegory
A set of rules
A currency
A product.

If a painting was the central theme, what were some of the variations of its meaning?

Having spent time making smaller studies, I embarked on scaling up and had some larger stretchers made, up to 80”. New, bolder, more expansive grids to work with. I knew from past experience that attempting to recreate a small thing in a larger size was a recipe for surprise, at best. There was also something fascinating about working in multiples, about having a kind of production system going. First, the stretchers, then the fabrics, then the process, then the numbering and naming. I couldn’t help but wonder if this kind of systematized production was a dulling process, obliterating the poetry of each one being uniquely conceived. I think was afraid of the effects of standardization, perhaps of becoming derivative of myself, formulaic even. I also knew that wisdom often lived in the places between repetitive sets. How breaking through in a creative process often happened as a result of iteration, and that releasing the expectation that they would all be fantastic or beloved would feel liberating.

Mostly, I’ve been working with lingerie, silk sleepwear and formal wear, thinking primarily about the colors in Francois Boucher’s portrait of Madame de Pompadour which currently hangs in Munich. The Rococo movement historically suffered a poor reputation due to its emphasis on creating a cosmetic veneer in paint. On the brink of the French Revolution, few Continental citizens wanted to celebrate the grotesque extravagance of the aristocracy. Boucher, a beloved court painter, refused to bow down to the cult of Rousseau, opting instead to fill his compositions with the stuff of fantasy, creating an aesthetic equivalent to the smoothest FaceTune filters of today. When I started sourcing sateen turquoise and pallid pinks to recreate the color story of the Munich portrait, I was suddenly struck with another association; these vibrant colors appeared to have popped out of the nineteen nineties, a mere two hundred years after the height of the Rococo. It never ceases to amaze me how cyclical both art and fashion can be.